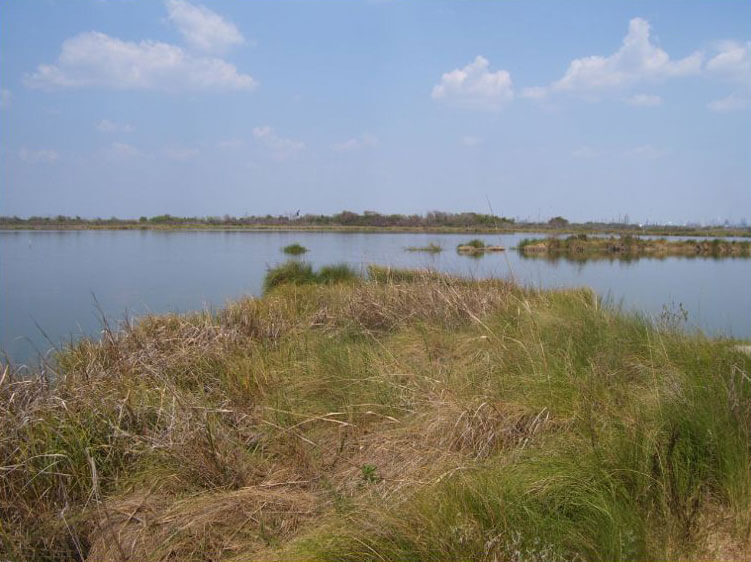 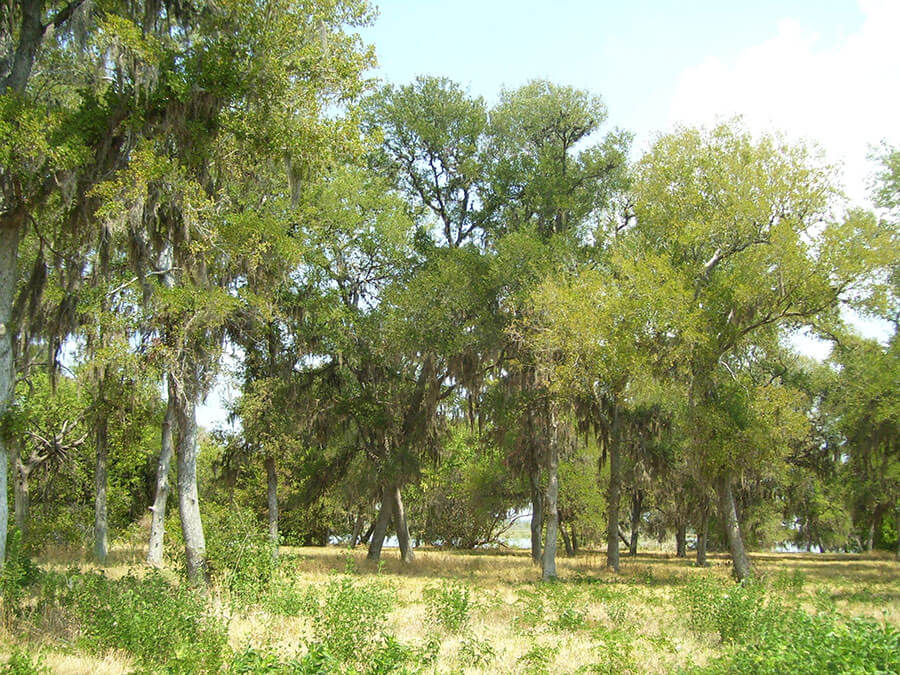 Nine Texans were killed in the battle of San Jacinto and were buried near the Texan Army camp. In later years, a small cemetery grew around these graves to serve the local community. Known as the San Jacinto Cemetery, this 10-acre historic cemetery is now partially covered by a parking lot to accommodate visitors to the Battleship Texas.

The dead Mexican soldiers were not buried. Visitors to the battlefield for several years remarked that they saw skulls and bones scattered on the field. Eventually local residents buried the Mexican dead in trenches, but the location of these trenches is unknown. No markers or memorials have been erected for the Mexican soldiers who fought and died at the battle. The battlefield is their cemetery.

Throughout the 19th century Texans revered the site as “hallowed ground” and “sacred soil.” Each year, on the anniversary of the battle, veterans of the battle and local residents gathered at the battleground to commemorate the event. This annual tradition continues today organized by descendants of the veterans and other groups.

Subscriptions for marking and preserving the battlefield began in 1856 when the Texas legislature appropriated $1,000 to fence a small portion of the San Jacinto cemetery where the nine Texans slain in the battle were buried. A monument was erected at the Texan grave site in 1882. Called the “Brigham Monument,” it was the first and only 19th century monument placed on the battlefield and still exists today.

In 1883, the legislature appropriated $1,500 for acquiring the ground on which the Brigham Monument had been erected and the ten acre, San Jacinto Cemetery.

Largely through the efforts of the San Jacinto Chapter of the Daughters of the Republic of Texas, the Texas legislature appropriated funds to acquire 350 acres of the battleground during the 1890s and early 1900s to create San Jacinto State Park in 1907. The park officially opened in 1910 as the first state park in Texas. In those days the park was managed by the State Board of Control and park commissioners appointed commissioners appointed by the governor of Texas who were subject to the supervision of the State Board of Control. Texas Parks and Wildlife Department managed the site on behalf of the state between 1965 and 2019. Today the park is officially known as San Jacinto Battleground State Historic Site. The legislature transferred management of the site to the Texas Historical Commission (THC) in 2019.

Preservation of this internationally significant battlefield as a state park coincided with the national movement in the 1890s to preserve many of the nation’s Civil War battlefields. The San Jacinto Chapter of the Daughters of the Republic of Texas spearheaded the effort to encourage the Legislature to appropriate funds to purchase tracts that comprised the main portion of the battlefield.
Donate Today