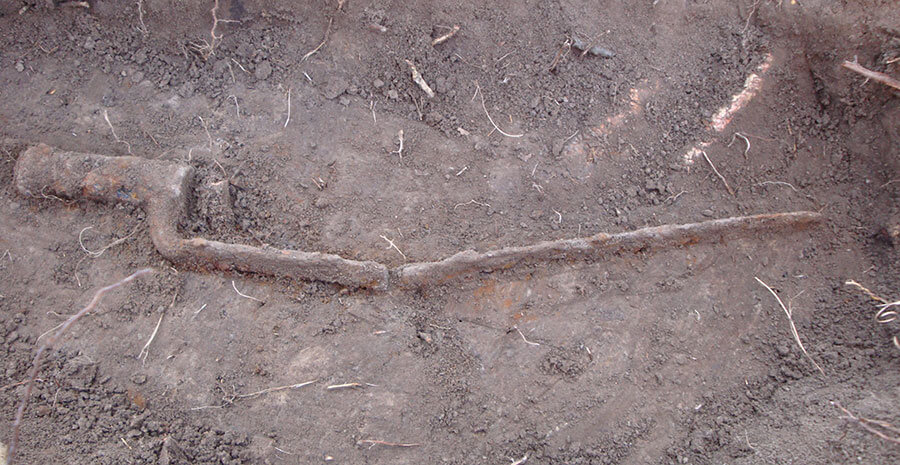 The San Jacinto Battleground Association has participated in the most comprehensive archeological survey of the battleground ever attempted. This survey includes land both within and outside the state-owned San Jacinto Battleground State Historic Site. Over the past several years hundreds of battle-related artifacts have been uncovered. The interpretation of these artifacts will change the known history of the battle while simultaneously assisting in the delineation of the boundaries of the battleground. The landscape on which the battle was fought is both limited in scope and endangered. As new archeology and "ground truthing" technologies emerge, secrets now in the ground can be extracted. We are concerned, however, that new construction and industrial encroachment will forever ruin these future opportunities. Several foundations and corporations have generously supported our archeology projects, including the American Battlefield Protection Program of the National Park Service to survey the NRG property south of the state-owned land. This survey uncovered what is believed to be Col. Juan Almonte's surrender site. The results of this survey, led by Houston archeologist Roger Moore, received national and international news coverage preceding and following the 2009 Battle of San Jacinto Symposium where the survey was publicly revealed for the first time.
PLEASE NOTE: IT IS ILLEGAL IN TEXAS TO CONDUCT ARCHEOLOGICAL SURVEYS OR METAL DETECTING ON PUBLIC LAND WITHOUT AN ANTIQUITIES CODE PERMIT FROM THE TEXAS HISTORICAL COMMISSION. THESE LAWS ARE STRICTLY ENFORCED. FOR MORE INFORMATION, VISIT: TEXAS HISTORICAL COMMISSION.
Donate Today