Our mission is to (1) preserve, protect, and interpret San Jacinto Battleground, including acquisition of battleground property not currently protected by the state of Texas, and (2) promote historical scholarship, archeology, and commemoration of the battle of the San Jacinto and Texas Revolution period.

HOW WE FULFILL OUR MISSION

As of 2020, the SJBA has acquired over 30 acres, including 23 acres of battlefield landscape valued in excess of $3.5 million which was transferred to the state of Texas in 2019.

SJBA participated in drafting the Master Plan for preserving and restoring the State Historic Site to its 1836 appearance, commissioned by Texas Parks and Wildlife Department in 2005. We continue to monitor and advocate for the preservation objectives of the Master Plan.

The SJBA has sponsored this acclaimed annual Symposium since 2003, and since 2018 has teamed with The Texas State Historical Association to co-sponsor the event. The Symposium has featured leading historians from across the United States and Mexico, including notable authors, professors, and the winner of a Pulitzer Prize for History.

SJBA has worked with the National Park Service American Battlefield Protection Program,  Texas Historical Commission, and Texas Parks and Wildlife Department in sponsoring archeological surveys of the battleground since 2002. Surveys conducted in 2009 received international publicity upon discovering what is believed to be the Mexican army surrender site. Our surveys represent the most comprehensive archeology conducted at the battleground to date.

The San Jacinto Volunteers is an association of living history enthusiasts that performs the annual battle reenactment at the battleground in conjunction with annual San Jacinto Day commemorative events. 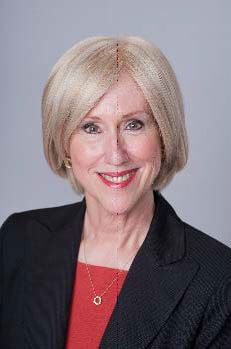 Jan DeVault, our first president and co-founder, passed away in 2017. She devoted countless hours to raise awareness of the importance of San Jacinto Battleground and personally managed SJBA projects that permanently improved the battleground. She also held leadership roles with the San Jacinto Chapter of the Daughters of the Republic of Texas and served on the DRT’s Board of Managers at the Alamo. She was appointed by Governor George Bush and reappointed by Governor Rick Perry to serve as a public member of the San Jacinto Historical Advisory Board. She was married to John DeVault. They had two sons, Bryan and Chris. Granddaughter Madeline, and grandson Nicholas, currently serve on the SJBA board.