Read About Our Organization 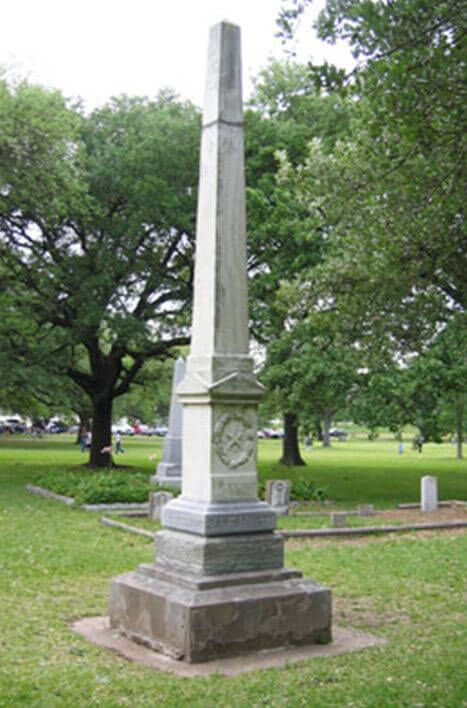 The B. R. Brigham Monument

This monument, the first "San Jacinto Monument," stands at the grave of Benjamin Rice Brigham who was mortally wounded April 21, 1836.

Nearby rest Lemuel Stockton Blakely, John C. Hale, George A. Lamb, Dr. Wm. Junius Mottley, Mathias Cooper, Thomas Patton Fowle, and Ashley R. Stephens who were also killed or mortally wounded in the battle at San Jacinto. Olwyn Trask, who was mortally wounded on April 20 and died in Galveston, is also memorialized on this monument.

This shaft was erected in 1882 by voluntary contributions to forever mark the spot where these heroes sleep and to perpetuate a knowledge of their names and sacrifice for Texas independence. 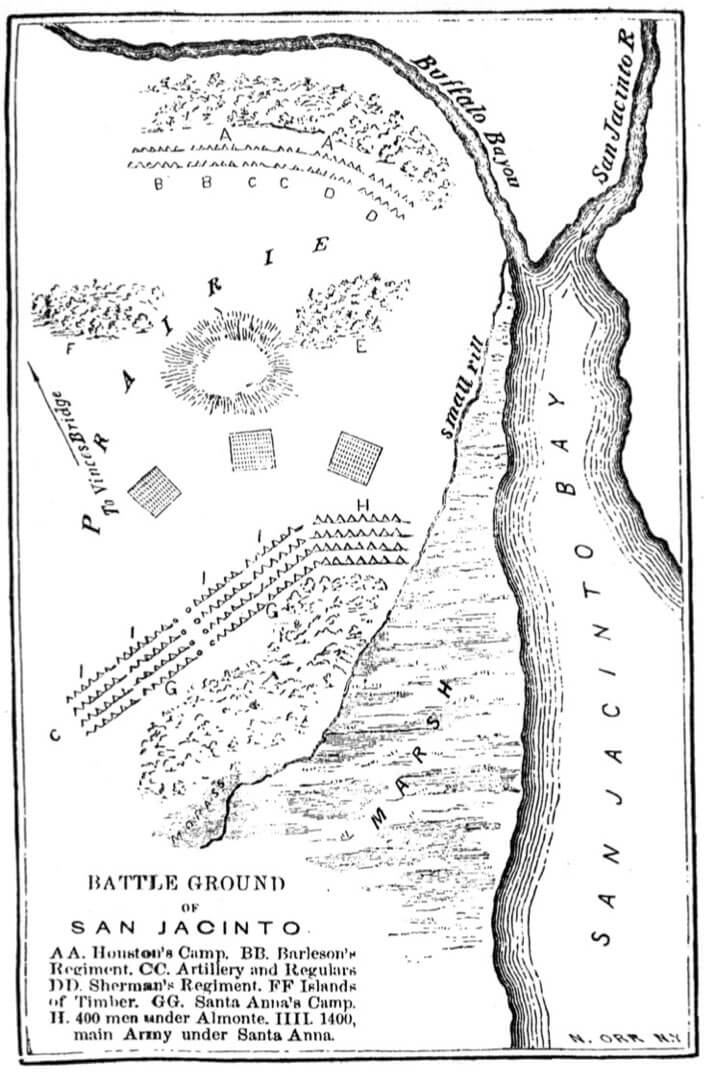 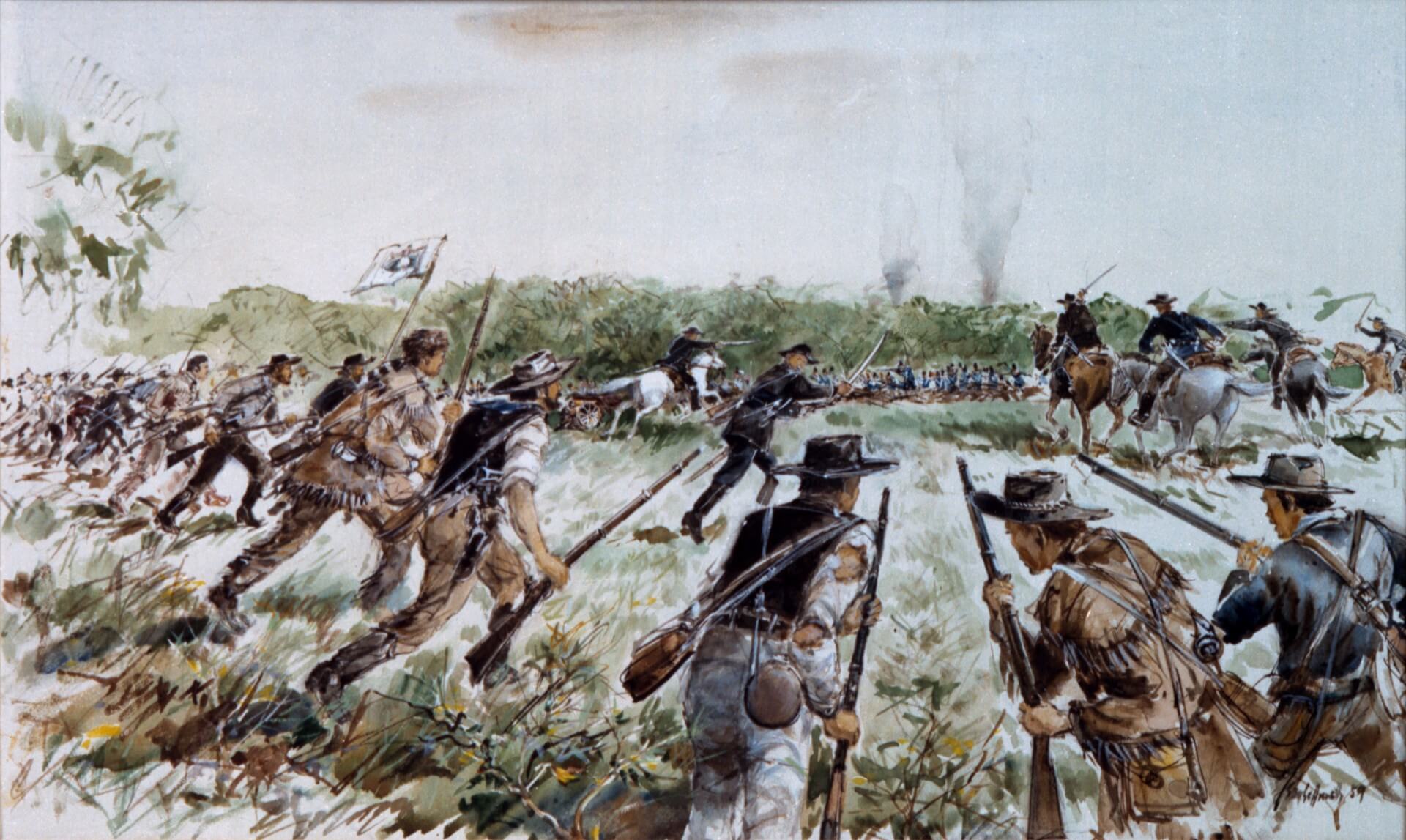 “The Charge of San Jacinto” by E. M. (Buck) Schiwetz, 1959. Used with permission from the Schiwetz family​.

The San Jacinto Battleground Association (SJBA), founded in 2002, is a Texas nonprofit corporation with Section 501(c)(3) status under the Internal Revenue Code. We are also known as the San Jacinto Battleground Conservancy for our land conservation efforts. We exist to support the preservation, restoration, and interpretation of San Jacinto Battleground, the scene of the concluding military event of the Texas Revolution that led to the establishment of the Republic of Texas in 1836 and annexation of Texas to the United States in 1845. We have currently saved over 30 acres of the battleground and contributed to marsh and prairie restoration within the state-owned portion of the site. Our archeology program, which has received international attention for its discoveries, is the most comprehensive archeology conducted to date at the battleground. We also promote public education concerning the battle of San Jacinto and Texas Revolution period through our annual acclaimed Battle of San Jacinto Symposium. Begun in 2001, the Symposium has been co-sponsored since 2018 by the SJBA and the Texas State Historical Association.

A large portion of the battleground is protected today as the San Jacinto Battleground State Historic Site. This site is state-owned property managed by the Texas Historical Commission. The Texas Legislature supported public acquisition of the site with an appropriation in 1883 to purchase the 10-acre cemetery where nine Texans killed in the battle are buried. Through the efforts of the San Jacinto Chapter of the Daughters of the Republic of Texas, the Legislature appropriated additional funds from 1897 to 1907 to acquire another 364 acres to create San Jacinto State Park. The park officially opened in 1910 as the first state park in Texas.

The iconic San Jacinto Monument, built 1936-39 with federal, state and private funds, is considered the tallest masonry monument in the world. The state of Texas owns and controls the monument today. By agreement with the Texas Historical Commission, the nonprofit San Jacinto Museum of History Association manages a Texas history museum in the base of the monument. Admission is free, but for a nominal charge you can ride the elevator to the observation floor and see the “Texas Forever!” movie in the theater.

To the extent it is feasible to do so, the state-owned landscape is targeted for restoration to its 1836 appearance so that visitors can better visualize the historic topography and experience the events relating to the battle. The SJBA has been instrumental in supporting this objective and participated in writing the master plan. In addition, we have focused attention to land adjacent to the state-owned site which is threatened with industrial encroachment by petro-chemical facilities expanding on Houston’s ship channel. Our land acquisition program, which has already resulted in over $3.5 million in equity benefits to the state, is intended to help mitigate the adverse effects of this encroachment.

Please take this opportunity to explore our website. You will learn more about the SJBA, our accomplishments to date, the battle of San Jacinto, and our preservation efforts. You will also have an opportunity to access links to past San Jacinto Symposium lectures and historical resources concerning the battle and Texas Revolution era.

Between 1936 and 1939, the San Jacinto Monument was constructed within the battleground. Considered the tallest masonry monument in the world, this impressive structure features a museum in its base. The museum is managed by the nonprofit San Jacinto Museum of History Association by contract with the Texas Historical Commission. The SJBA supports the mission of the museum, but we are not affiliated with the museum association. For information about the museum, click here.

The SJBA is the only non-profit devoted to improving and protecting San Jacinto Battleground through restoration, land acquisition, archeology, and public outreach education through the annual Symposium. If you believe, as we do, that this “hallowed ground” of Texas history deserves preservation and protection, and that the story of the battle should be remembered for future generations, we encourage you to become a member or volunteer. 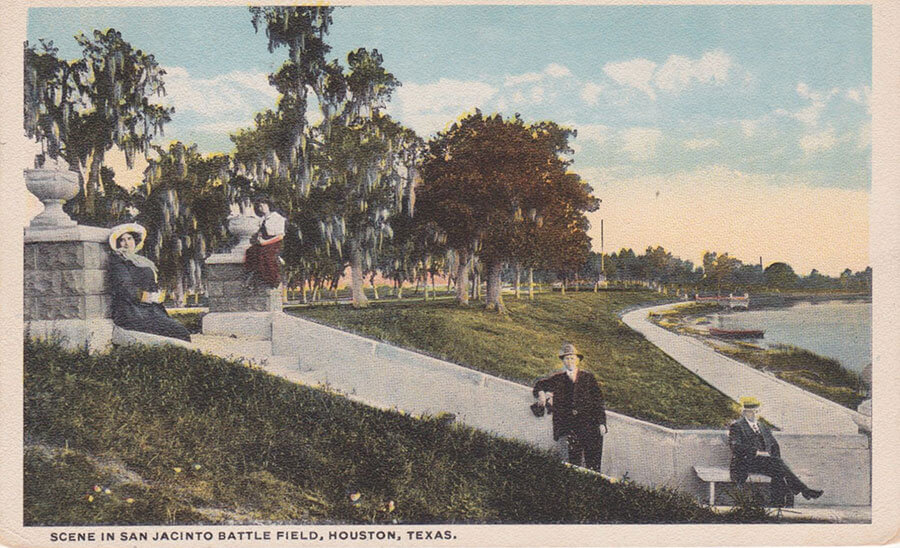 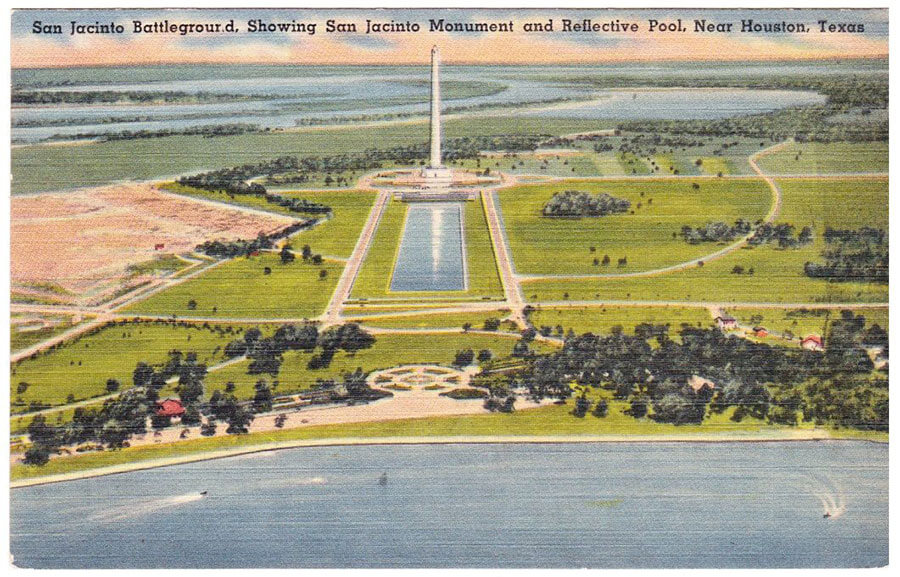